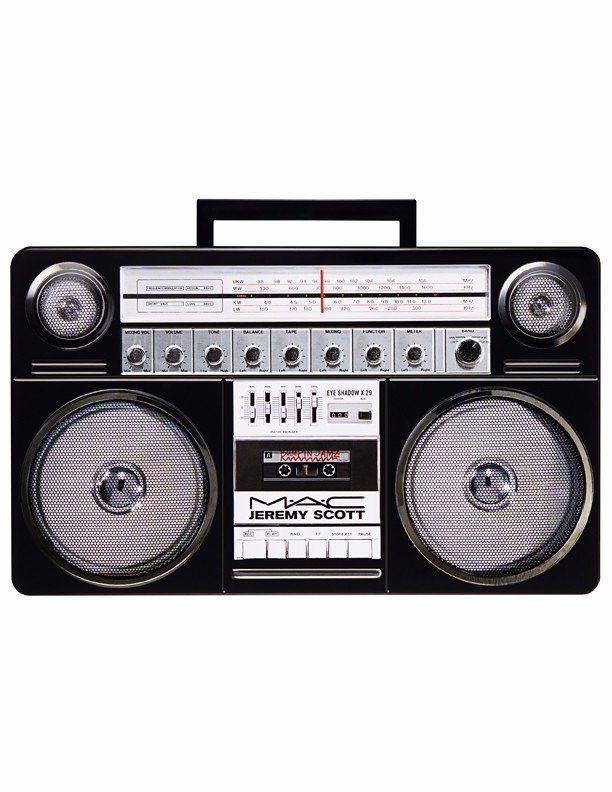 Riley von Niessen — January 16, 2018 — Fashion
References: maccosmetics & popsugar
Share on Facebook Share on Twitter Share on LinkedIn Share on Pinterest
MAC and Jeremy Scott, the famed American fashion designer who's perhaps best known for his work as Moschino's creative director, recently unveiled a new collection of cosmetics that take inspiration from 90s mixtapes, and the retro technology that was used to play them.

The packaging of the MAC and Jeremy Scott collection is what makes the cosmetics really stand out, with a large boombox, cassette, and a CD with Sharpie lettering scrawled onto it all included. The CD-shaped palette contains three shades that are intended for the cheeks, with a highlighter, bronzer, and a blush included. The cassette includes a range of colorful lipsticks, and the boombox includes an array of vivid eyeshadows, which range from neutral browns, to bright blues and purples.
3.4
Score
Popularity
Activity
Freshness
Get Trend Hunter Dashboard