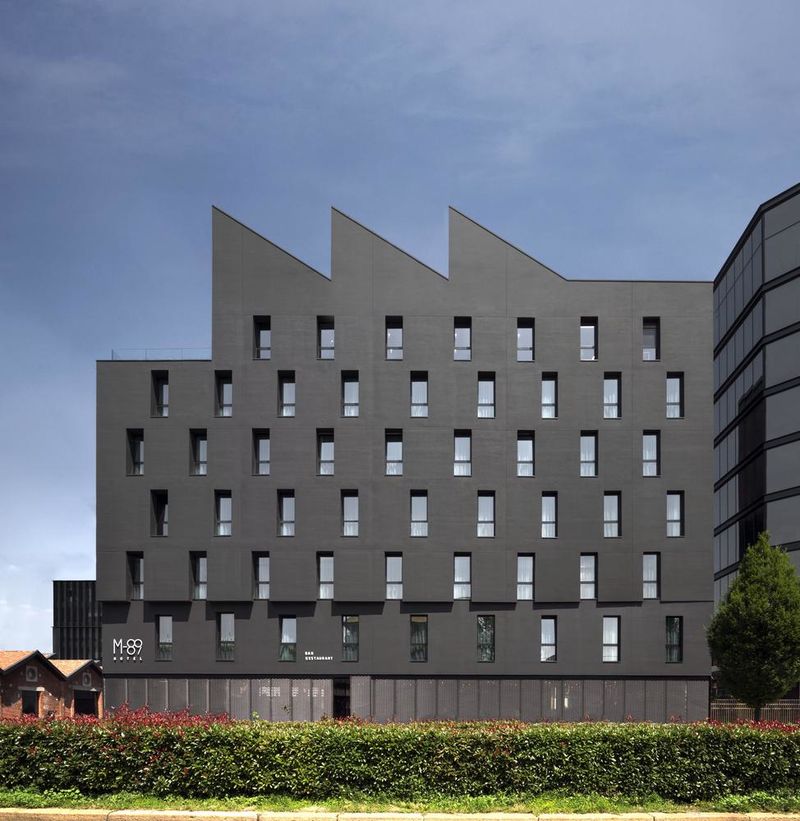 Joey Haar — July 19, 2017 — Art & Design
References: archdaily
Share on Facebook Share on Twitter Share on LinkedIn Share on Pinterest
M89 Hotel, a luxury establishment on the outskirts of Milan, is designed to subtly mimic some of the neighboring buildings. The Italian hotel, which was designed by Piuarch studio, sits across from a century-old industrial factory made of brick in traditional building methods. The factory is topped by a series of gabled roofs, and those give the total structure a jagged appearance. M89 Hotel references that in dramatic fashion, with a set of sharp, serrated teeth that extend from its roof.

Interestingly, the factory that M89 Hotel is across from is now home to Gucci, though it was originally a producer of aviation parts. Considering the high fashion behind the current residents, it was essential that M89 not miss a step in its aesthetic.
1.6
Score
Popularity
Activity
Freshness
Get Trend Hunter Dashboard