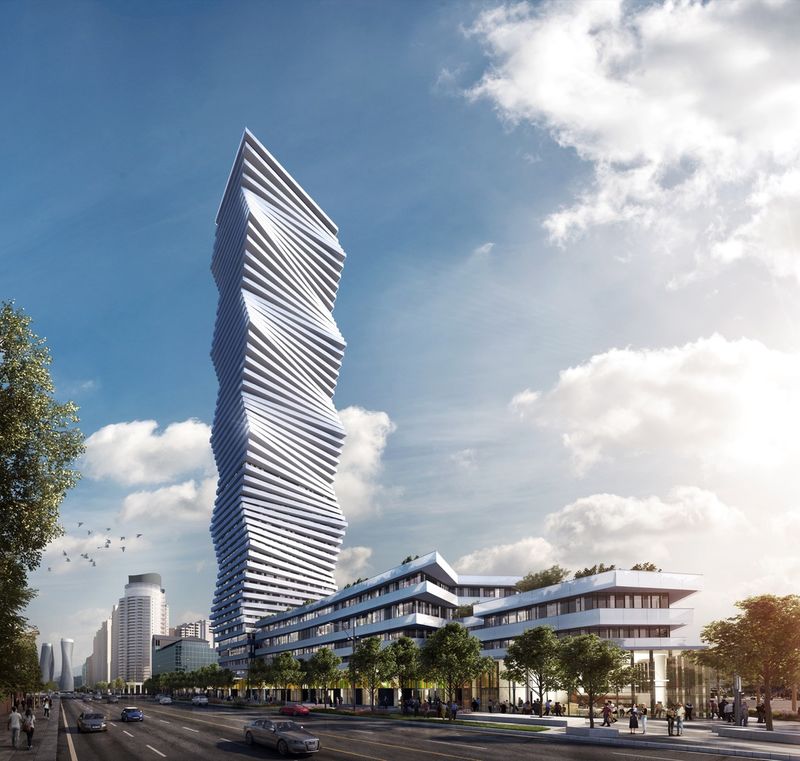 Joey Haar — January 31, 2017 — Art & Design
References: corearchitects & archdaily
Share on Facebook Share on Twitter Share on LinkedIn Share on Pinterest
'M City,' the master plan for the development of the Toronto suburb of Mississauga, recently received a new condo design from CORE Architects. The building will be the tallest in the city, contributing to Mississauga's status as the sixth largest city in Canada.

The new M City building features a daring design, with flush balconies that gently cant from one another inward and outward as the building rises. The optical result is one of a rectangular helix, reminiscent of the famous shape in genetics.

Surprisingly, Mississauga has become an international darling for bold architectural designs. Thanks to the M City plan, the suburb's latest building will join the much lauded 'Marilyn' towers, nicknamed such because of their curvy design.
2.3
Score
Popularity
Activity
Freshness
Attend Future Festival Virtual