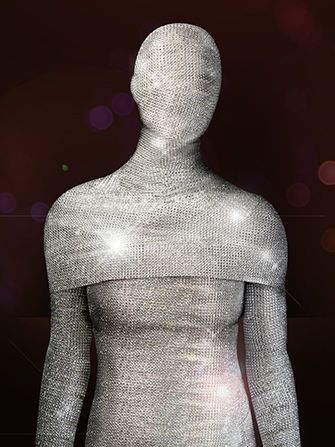 MorphCostumes Has Creates a $1.6-Million Morphsuit Out of Diamonds

Meghan Young — October 24, 2014 — Unique
References: morphsuits & refinery29
Share on Facebook Share on Twitter Share on LinkedIn Share on Pinterest
Made for the likes of Beyonce and Kim Kardashian, the Million Dollar Morphsuit is a luxury Halloween costume that could easily be seen in an artistic music video, not just a swanky seasonal party. Priced at a whopping $1.6 million, it is a skin-tight spandex outfit that has been covered in 70,000 diamonds. Only one made in the entire world, which is only natural, this would be one covetable luxury Halloween costume.

Designed by MorphCostumes, the luxury Halloween costume makes a statement in a creepy 'American Horror Story' sort of way. But instead of a man dressed in latex, a person would be witnessing a nameless woman dressed in diamonds. MorphCostumes co-founder Gregor Lawson nevertheless points out that “if you roll the head part down, you can still be covered 90% in diamonds.”
6.6
Score
Popularity
Activity
Freshness
Jeremy Gutsche Keynote Speaker