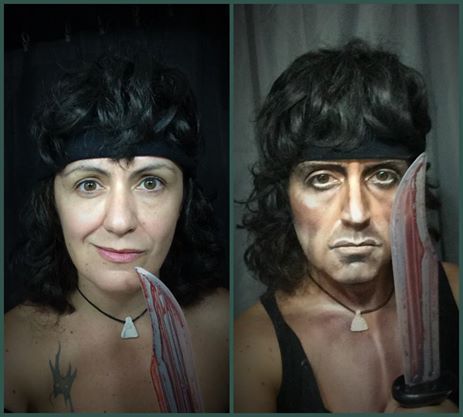 Meghan Young — October 16, 2014 — Pop Culture
References: facebook & designtaxi
Share on Facebook Share on Twitter Share on LinkedIn Share on Pinterest
Halloween is just around the corner, but it is safe to say that most costumes won't be as impressive as these pop culture transformations. Hot on the heels of Paolo Ballesteros' impressive makeup artistry that turned him into a slew of celebrity women, artist and painter Lucia Pittalis took it upon herself to show off her own skills.

Channeling her inner Walter White, Rocky Balboa, Keith Richards, and Iggy Pop, her pop culture transformations are down right trippy. They are so realistic, people will think that they are the real celebrities themselves. The art of costume makeup is something many people can appreciate, especially around this time of the year. Unfortunately, other people's pop culture transformations won't be as newsworthy. Unless they are inspired to flex their own artistic skills.
6.1
Score
Popularity
Activity
Freshness
Attend Future Festival