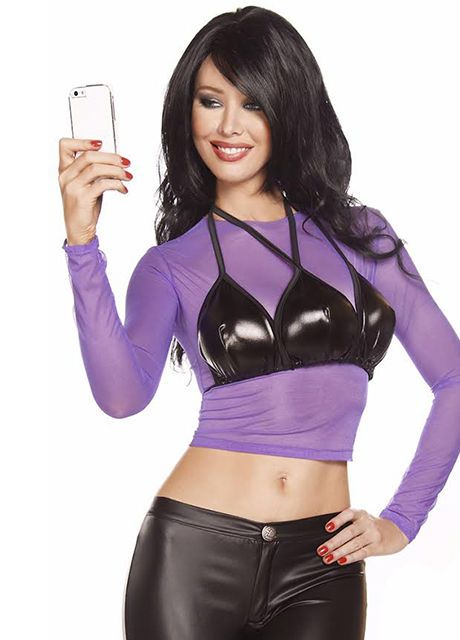 The Three-Boobed Girl Costume Will Make You a Triple Threat

Vasiliki Marapas — October 22, 2014 — Unique
References: yandy & refinery29
Share on Facebook Share on Twitter Share on LinkedIn Share on Pinterest
So, the three boobed girl turned out to be an Internet hoax -- but that doesn't mean that you can't dress up as her for Halloween! In fact, it's even more hilarious now that the girl -- Jasmine Tridevil, a regular two-breasted woman -- has been revealed as a fraud.

Tridevil was actually wearing a three-breast prosthesis, which she values at $5,000. That's a whole lot of money to invest in an extra boob (but way less than the operation Tridevil claimed to actually have gotten).

Seeing as her stunt has now been immortalized into a Halloween costume by Yandy, Tridevil might consider the purchase well worth it. Who knows, perhaps next year a girl with a uniboob will surface and we'll all be dressing up as her for Halloween.