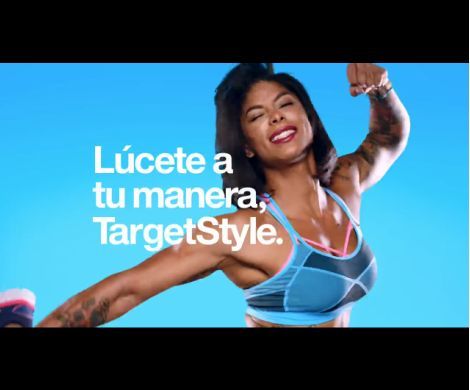 Katherine Pendrill — July 4, 2016 — Marketing
References: adage
Share on Facebook Share on Twitter Share on LinkedIn Share on Pinterest
In an effort to reach Hispanic consumers, Target recently rolled out a campaign called 'Lúcete A Tu Manera,' which loosely translates into the phrase 'Show off your way.' Featuring several Latin influencers and the catchy tune 'Soy Yo,' the ad demonstrates how retailers can create campaigns that will capture the attention of a more multicultural audience.

The Lúcete A Tu Manera campaign consisted of four 30-second ads focusing on Target's apparel and beauty products. The first three ads featured popular Latin influencers such as Carmen Carrera and Rita Moreno singing along to the tune Soy Yo. The final ad was a compilation of user-generated content featuring Target shoppers lip-syncing the same song while using wearing products purchased from the retailer. In order to make sure the ads reached the widest possible audience, the commercials were aired during the Billboard Latin Music Awards.