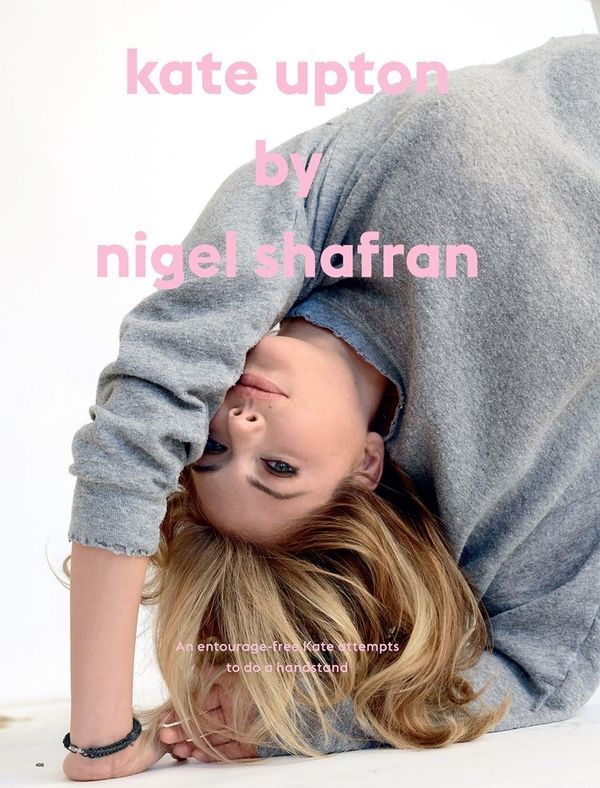 Meghan Young — February 7, 2014 — Fashion
References: thelovemagazine & fashiongonerogue
Share on Facebook Share on Twitter Share on LinkedIn Share on Pinterest
The LOVE Magazine Spring-Summer 2014 editorial is sweet and playful. As though channeling her inner kid, model Kate Upton is captured trying to complete a handstand. Yet instead of going for gold, she simply does an adorable upside-down side stretch that is still incredibly sexy.

Promoting her upcoming film, 'The Other Woman,' which is set to hit theaters later this week, the blonde bombshell was shot by photographer Nigel Shafran. The LOVE Magazine Spring-Summer 2014 editorial was captured in studio against a plain white backdrop, the simplicity of which complements her basic grey What Goes Around Comes Around sweatshirt perfectly.

Accessorized with a braided leather bracelet and barely any makeup, her girl-next-door persona is heightened in the LOVE Magazine Spring-Summer 2014 editorial. The set was designed by Jesse Kaufman of Frank Reps.
2.2
Score
Popularity
Activity
Freshness
View Innovation Webinars