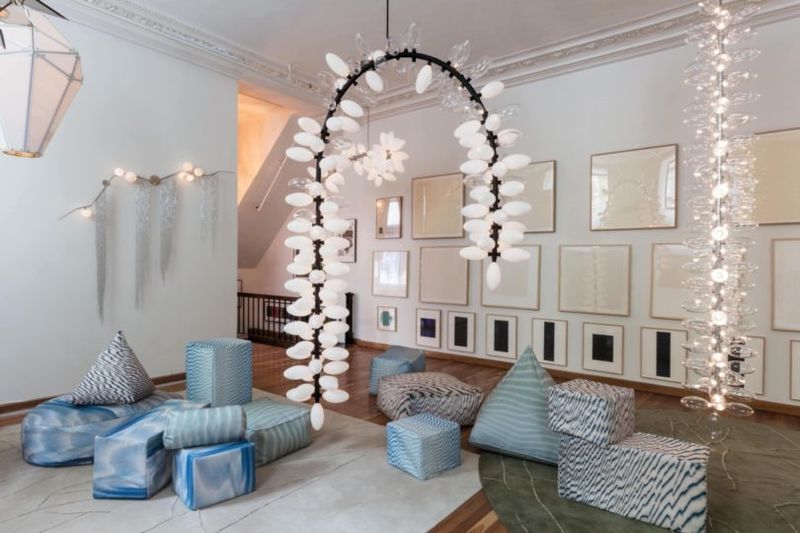 The show, called 'Afterglow', was held during NYCxDesign Week, and featured a collection inspired by the celestial glow that occurs in the sky during twilight -- after the sun has gone down. The fixtures presented at Afterglow represent this natural phenomenon in a modern and romantic way.

Mary Wallis is a senior designer at Adelman's studio, who designed both the 'Edie' and 'Empire' chandeliers. Edie is a wild and daring piece made with brushed brass and grey glass, and is modeled to resemble an exploring star. Empire is a strong piece, with white glass and brushed brass pieced into a dominating, yet romantic lantern-shaped chandelier. Additionally, Karl Zahn’s Kingdom fixture was also on display, consisting of a black asymmetrical arch, with leaf-like bulbs that create a fantastic balance between order and chaos.
3.3
Score
Popularity
Activity
Freshness
View Innovation Webinars