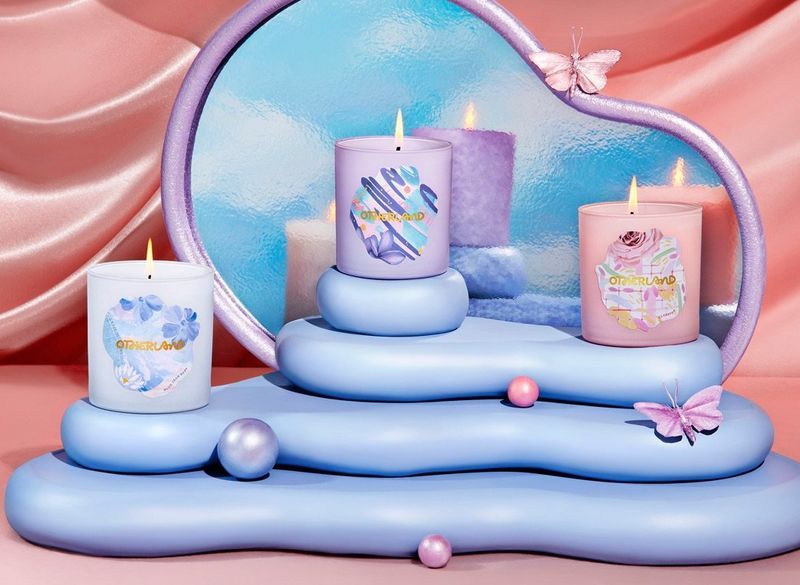 Laura McQuarrie — February 10, 2020 — Art & Design
References: otherland & bustle
Share on Facebook Share on Twitter Share on LinkedIn Share on Pinterest
Otherland is introducing a trio of limited-edition candles called the Carefree 90s, which is immensely nostalgic and looks back on 90s pop culture. Now that a new decade has been introduced with the start of 2020, nostalgia is at an all-time high for the past and Otherland is paying tribute to the 1990s with a collection that includes candles in three scents: Blue Jean Baby, Dreamlight and Glosspop. While Blue Jean Baby unites the aromas of white musk, mimosa flower and washed denim, Glosspop boasts the scent of hard candy, frosted rose and strawberry gloss, which is described as "the scent soundtrack of your girl gang sleepovers."

The candles in the collection all boast pastel-colored packaging and can be purchased individually or as part of a three-pack.