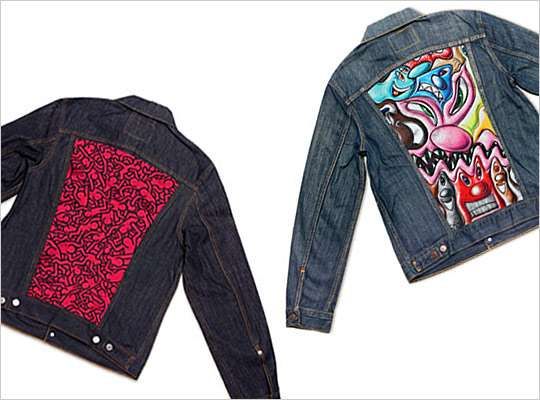 Francis Tiangson — April 17, 2011 — Fashion
References: us.levi & highsnobiety
Share on Facebook Share on Twitter Share on LinkedIn Share on Pinterest
The Levi’s x MOCA Trucker Jackets were created to commemorate the Levi’s Film Workshop that is taking place at The Museum of Contemporary Art, Los Angeles (MOCA) as part of the Art in the Streets exhibit going on. Throughout the workshop, the story of street art will be displayed through video projects.

The art that will adorn the backs of the Levi’s x MOCA Trucker Jackets come from 10 street artists whose works are also being shown in Art in the Streets. The artists are Andre, Chaz Bojorquez, CRASH, Keith Haring, KR, Neckface, Lady Pink, REVOK, Kenny Scharf and Shepard Fairey. Only 50 of each design will be produced, making the Levi’s x MOCA Trucker Jackets some of the sickest limited-edition pieces ever.
3.1
Score
Popularity
Activity
Freshness
View Innovation Webinars