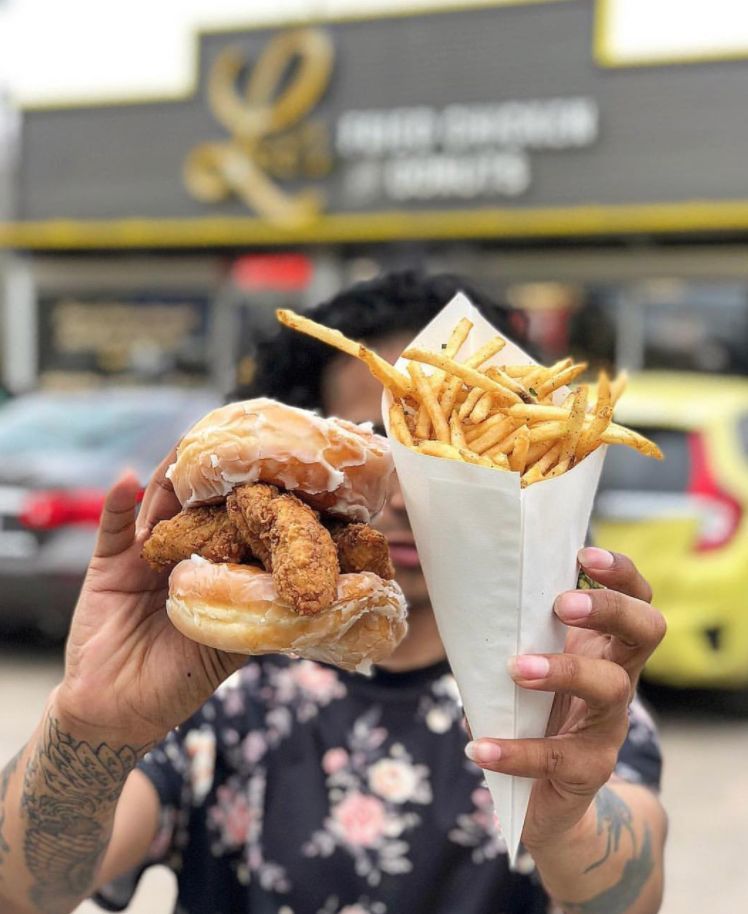 Katherine Pendrill — April 30, 2018 — Lifestyle
References: instagram & designtaxi
Share on Facebook Share on Twitter Share on LinkedIn Share on Pinterest
For those who have always thought that chicken and waffles could use an extra dose of sugar, Lee’s Fried Chicken and Donuts has dreamed up the ultimate combo. Instead of pairing a crispy piece of fried chicken with a fluffy waffle, this Houston-based restaurant has opted for a pair of mouth-watering donuts instead.

Just as the name suggests, Lee’s Fried Chicken and Donuts specializes in brining together fried chicken and donuts. The restaurant's signature dish is a extra-sweet take on chicken and waffles, which consists of all-natural, Southern-fried chicken tenders flanked by a pair of sugary glazed donuts. Customers can then choose to douse their sandwich in the sauce of their choice, including savory options such as bacon-onion-jalapeño marmalade.

With Lee’s Fried Chicken and Donuts selling up to 1,200 of its donut sandwiches per day, it's clear that the demand for over-the-top dishes is on the rise.