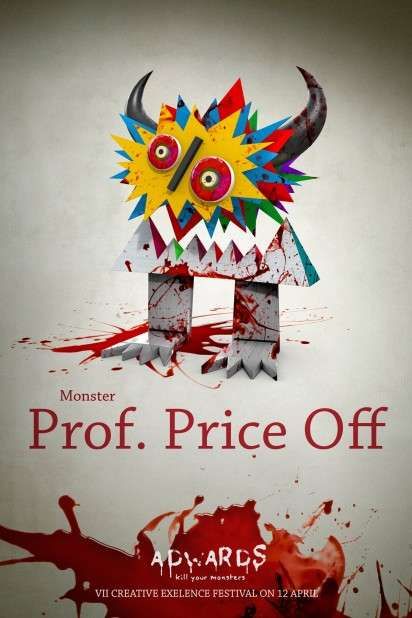 Meghan Young — April 15, 2013 — Marketing
References: mooz.lv & ibelieveinadv
Share on Facebook Share on Twitter Share on LinkedIn Share on Pinterest
The Latvian Art Directors Club ADWARDS 2013 ad campaign is inspiring in an almost terrifying manner. It depicts a range of personal demons such as Dr. Deadline, Mr. Make Logo Bigger and Miss Happy Family that have been splattered in their own blood. Reading, 'Kill your monsters,' it shows that all the sweat and tears spent on a project will be acknowledged, recognized and possibly even rewarded.