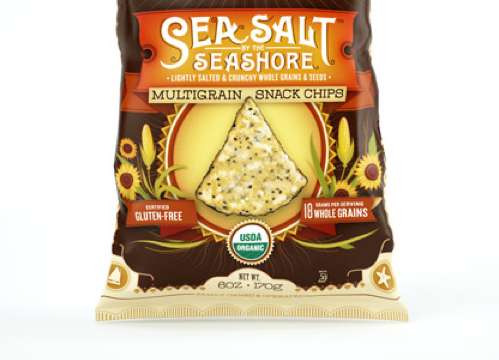 Amelia Roblin — October 15, 2011 — Lifestyle
References: moxiesozo & lovelypackage
For a while, many members of Western society totally lost sight of where their food was coming from. The shift back to awareness is only slowly beginning, and it's products that resemble Late July Tortillas packaging which make the modern consumer feel good about his snack.

As a longtime seller of organic nibbles, the company's previous image was allegedly copied by the next generation of health food producers. Moxie Sozo was brought in to redesign the brand's identity. This line of flavored chips was one of the first to be launched, bearing a visually stimulating face of bright colors and crisp illustrations.

Each bag of nachos is labeled with a detailed illustration of a single triangular chip. Surrounding it are drawings of sunflowers, wheat stalks, and the vegetables that make the contents of Late July Tortillas packaging so savory and scrumptious.
1.2
Score
Popularity
Activity
Freshness