Lace Fashion for Men
Next
Set of
Related
Ideas 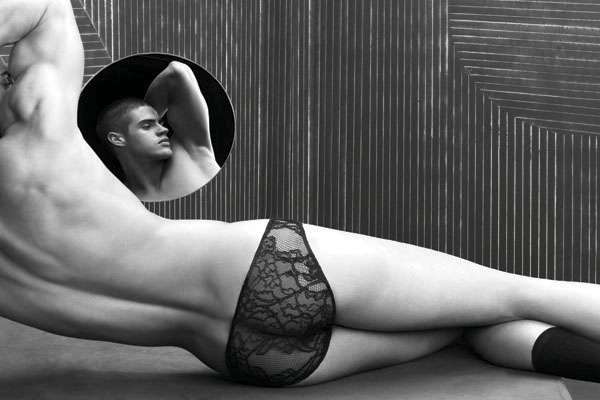 Well, famed photographer Ruven Afanador seems to think that lace undies is the next frontier for the fashionable guy.

Afandor captured top male model Chad White frolicking in rather feminine lace undies that do not leave much to the imagination in a photoshoot entitled, ‘Sublime’.

But ofcourse, wearing such revealing undergarments requires excessive trimming, grooming and manscaping, which White also does in the shoot.