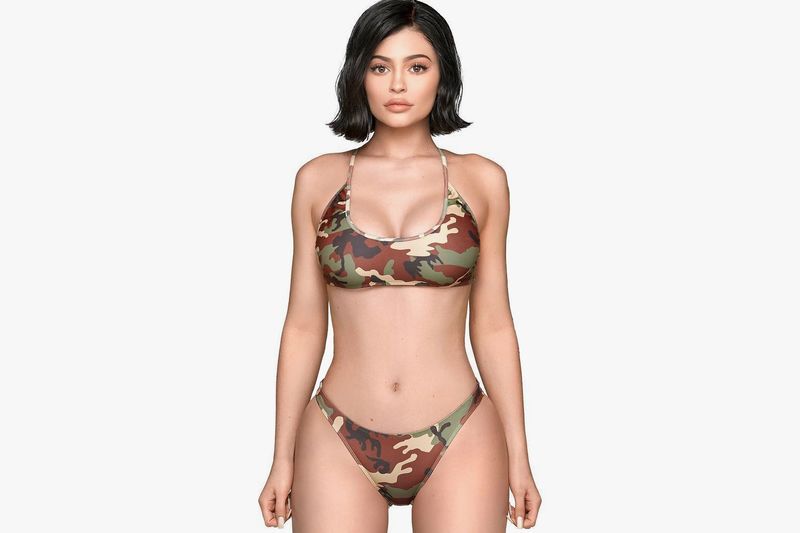 To promote the merchandise, the young socialite posed in a vivid ensemble that was comprised of an orange camouflage sports bra, pants, and a hat, which resulted in a video that she posted on Instagram with a caption that told fans just where they could cop it: the Kylie Jenner Shop.

So far, only a few images from the Kylie Jenner camo series have been revealed, which show a number of lighters, as well as a set of green, black, and brown underwear that was also shown off by the 19-year-old.