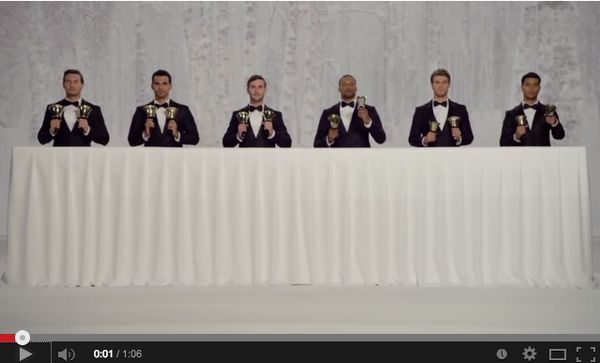 In the video, it starts off with a wide angle shot of dapper men standing in a line ringing handbells. A long table is moved out of the way and we see that the men aren't wearing any pants, but are instead, wearing Joe boxer underwear in different styles. The Christmas carol 'Jingle Bells' begins to play, the group then begins to jingle their bodies to the music, do some squat and start dancing.