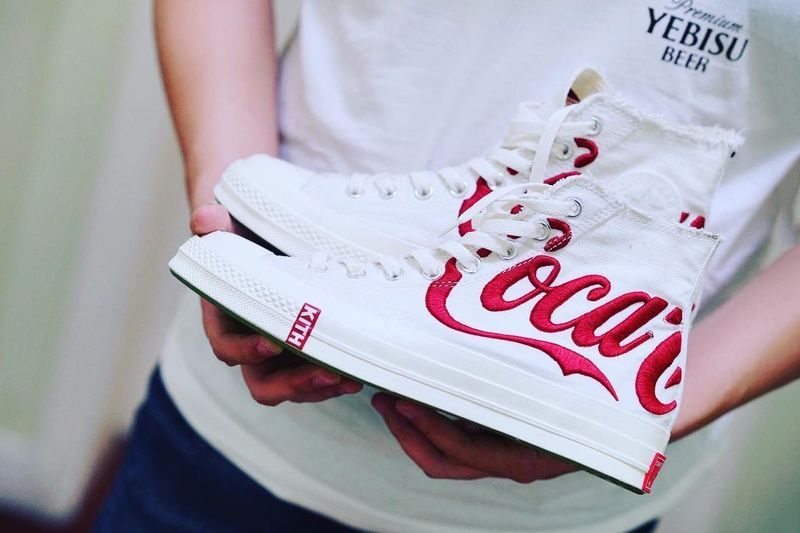 These New KITH Sneakers Were Made in Collaboration with Coca-Cola

In order to keep the soda giant's branding at the focus of the design, the uppers of the sneakers are left a stark hue of white. The laces and the soles match the uppers as well, making for a minimalist look that's highly wearable. On the sides of the uppers, Coca-Cola's name is included in large embroidered letters, which make use of the font that's become iconic to the brand. On the soles, red box logos contain KITH and Converse's names, making the collaborative effort clear.

Although the Coca-Cola KITH sneakers haven't been released quite yet, images of them have been shared by Instagram sneaker blog @s.sam.group.
5.2
Score
Popularity
Activity
Freshness
Attend Future Festival