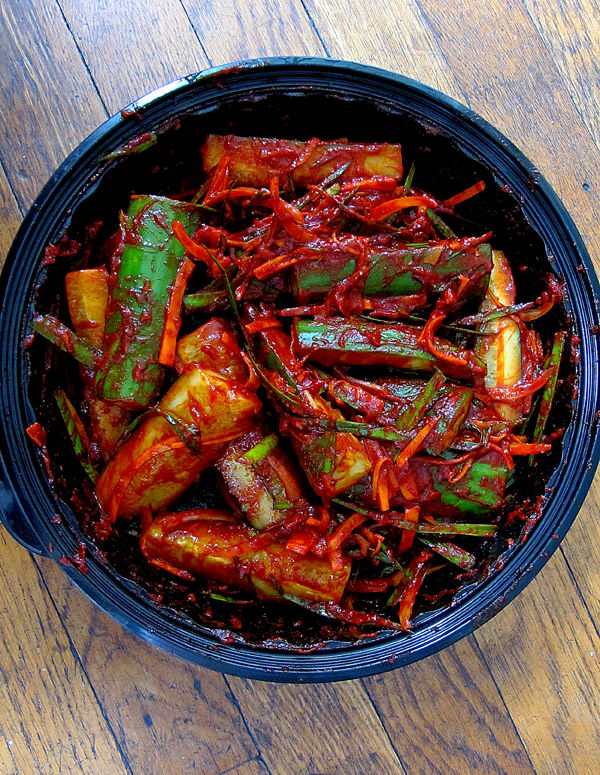 Laura McQuarrie — December 2, 2014 — Lifestyle
References: pickledplum & pickledplum
Share on Facebook Share on Twitter Share on LinkedIn Share on Pinterest
Those who are shy of the heat will most likely want to stay away from this Korean cucumber kimchi recipe from the Pickled Plum blog. However, if you can handle the hot spice, this cucumber kimchi has numerous benefits—in addition to being loaded with vitamins, nutrients, and bacteria that’s good for the gut, it’s also said that kimchi is one of the top anti-aging foods, capable of decelerating cell aging.

The Pickled Plum’s recipe calls for one cucumber, a carrot and an onion, garlic, chives, fish sauce, sesame oil, rice vinegar, sugar and hot pepper powder to give this dish a real kick. Rather than leaving it out to sit, the ingredients in this extremely simple recipe can be combined and served immediately.
1.8
Score
Popularity
Activity
Freshness
Get Trend Hunter Dashboard