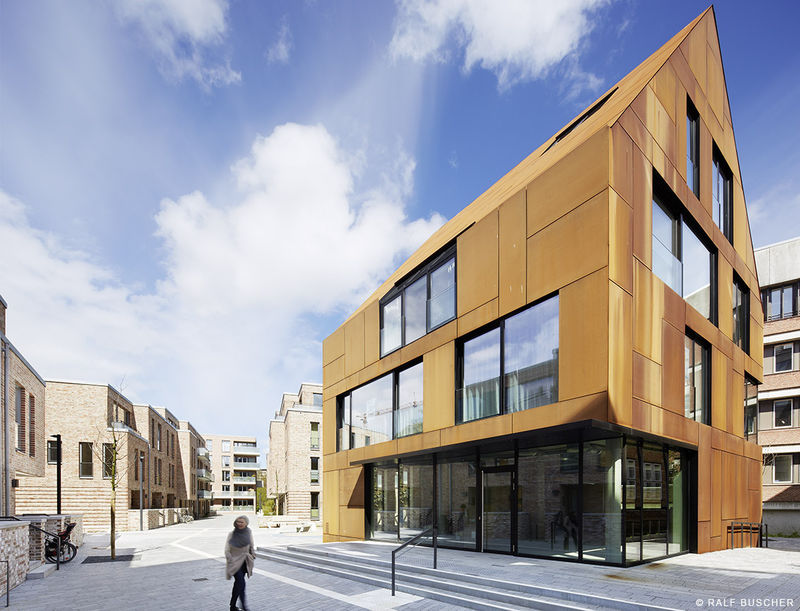 Joey Haar — July 19, 2017 — Art & Design
References: archdaily
Corten steel is an increasingly popular material in modern architecture, but Kiel Steel House makes use of the material as a reference to tradition. The housing development in the German town of the same name sits among traditional industrial-era buildings made using red brick, so the new development's pre-rusted facade plays off of that coloring.

Beyond color alone, Kiel Steel House references its neighbors with its structural layout. It comprises far more than a single family unit, with spaces for businesses on the ground floor and several apartment units throughout the upper stories, and yet its gabled roof gives it the appearance of a simple home. This further mimics the other buildings in the area, which were built when such a design feature was basically a given in terms of architectural layout.
3.4
Score
Popularity
Activity
Freshness