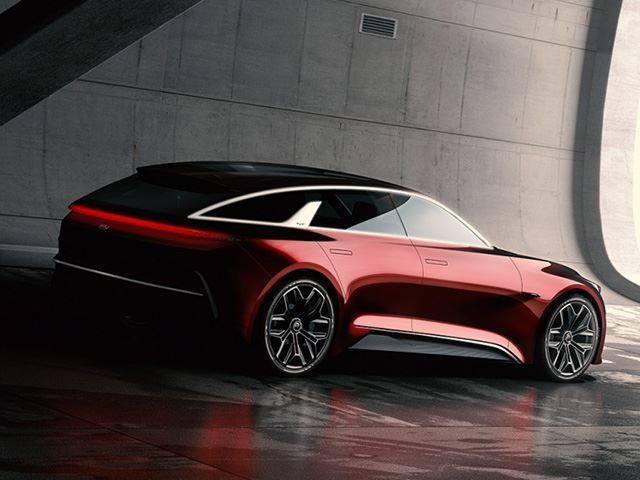 The Kia Proceed Concept Previews a Sporty and Mature Hatchback

Michael Hines — September 8, 2017 — Autos
References: kia & carbuzz
Automotive enthusiasts have to be pleased by the Kia Proceed concept. Driving purists are known for loving sporty and elegant station wagons. Yet many automakers have turned away from them in favor of building crossovers as that's where the demand is. However, Europe still loves wagons, and that's where the Kia Proceed concept was designed and where it will debut.

The Kia Proceed concept will be shown at the 2017 Frankfurt Motor Show. It's meant to preview a new vision for the 2019 Kia pro_cee'd, a two-door hatchback sold in Europe. Like the recently revealed Kia Stinger GT, it's not hard to imagine this concept getting a warm reception when it debuts. If the media and public fawn over the Kia Proceed concept it could very well be put into production sooner than later, although potentially as a European-only model as demand for wagons is still high there.
5.9
Score
Popularity
Activity
Freshness