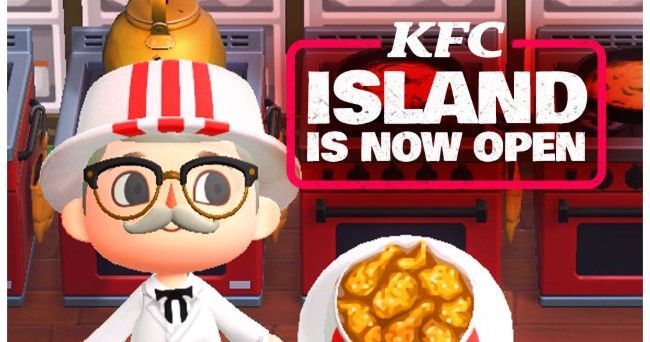 Laura McQuarrie — June 19, 2020 — Tech
References: twitter & brandeating
Share on Facebook Share on Twitter Share on LinkedIn Share on Pinterest
Within the world of Animal Crossing: New Horizons, KFC Philippines created KFC Island as a virtual recreation of its restaurant. When visiting the island, players will see a character that reminds them of Colonel Sanders, as well as branded signage. The island will only remain open for a few more days and spots are coveted, as KFC Philippines is only permitting visits to a certain number of players during select hours.

Animal Crossing: New Horizons, which launched during a global pandemic, has become a way for brands to virtually engage the brand's Millennial and Gen Z players. Since the game's launch, brands have set up everything from their own shops to galleries and fashion collections within the new Animal Crossing game.