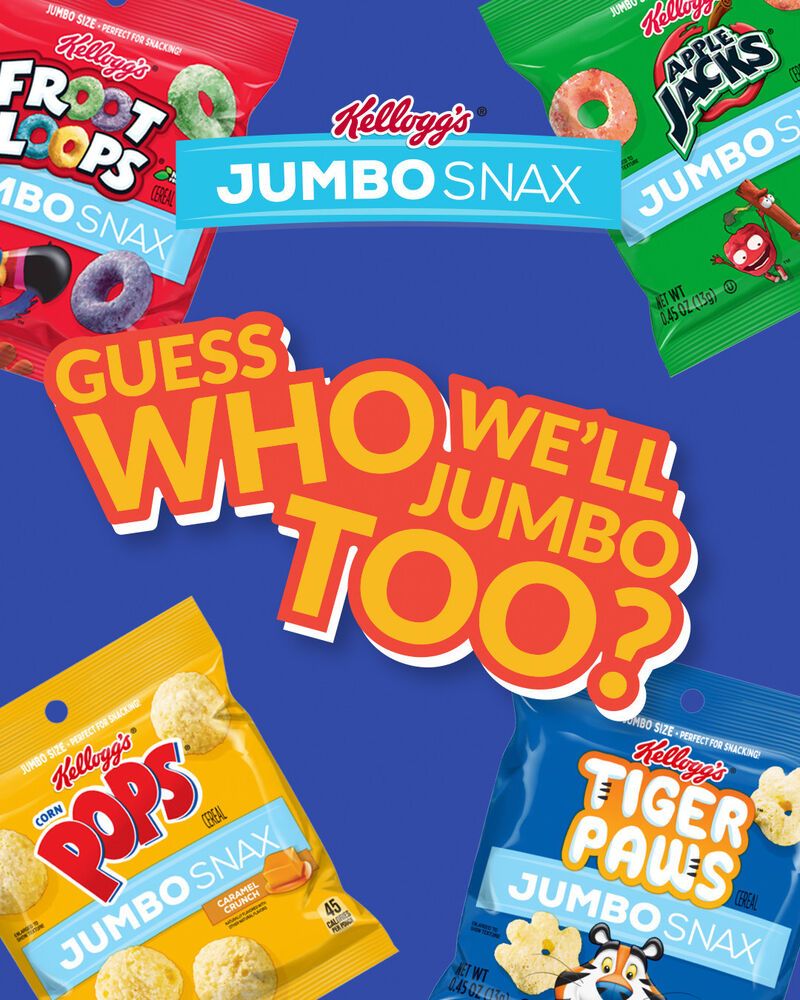 Laura McQuarrie — February 26, 2021 — Lifestyle
References: instagram & prnewswire
Share on Facebook Share on Twitter Share on LinkedIn Share on Pinterest
Oversized versions of Froot Loops, Corn Pops, Apple Jacks and Frosted Flakes (called Tiger Paws) have been introduced as Kellogg's Jumbo Snax and the cereal company is adding a brand-new mystery flavor to this fun lineup. Ahead of National Snack Day, Kellogg's has introduced the SMORZ Jumbo Snax but it's not stopping there, as fans are invited to make their best guess on social media as to which other product will be "jumbo-fied."

On Instagram, the brand teased a few options, including Cocoa Krispies, Big Mixx and Smacks, as well as other blast-from-the-past cereals. The new mystery flavor will be joining the existing Kellogg's Jumbo Snax lineup in April, offering a fun new way for people of all ages to snack on iconic childhood cereals in a bigger and better way than ever before.
2.2
Score
Popularity
Activity
Freshness
Get Better and Faster