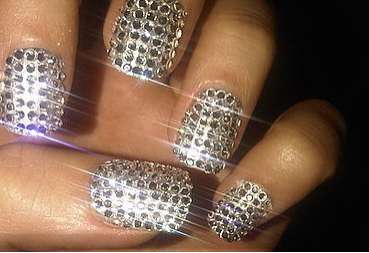 Katherine Vong — November 7, 2009 — Celebs
References: bellasugar
Awesome nails always get my attention and Katy Perry’s manicure for the MTV Europe Music Awards has had me staring, immobilized, at the computer screen for the last ten minutes.

Katy Perry’s manicure, which could seriously light up a dance floor, is silver polish studded with little crystals. It makes each finger nail look like a tiny disco ball—something that conceptually, I didn’t think I would like, but visually, I can’t help but love (as evidenced by my immobility and computer-screen-glued eyes).
6.1
Score
Popularity
Activity
Freshness