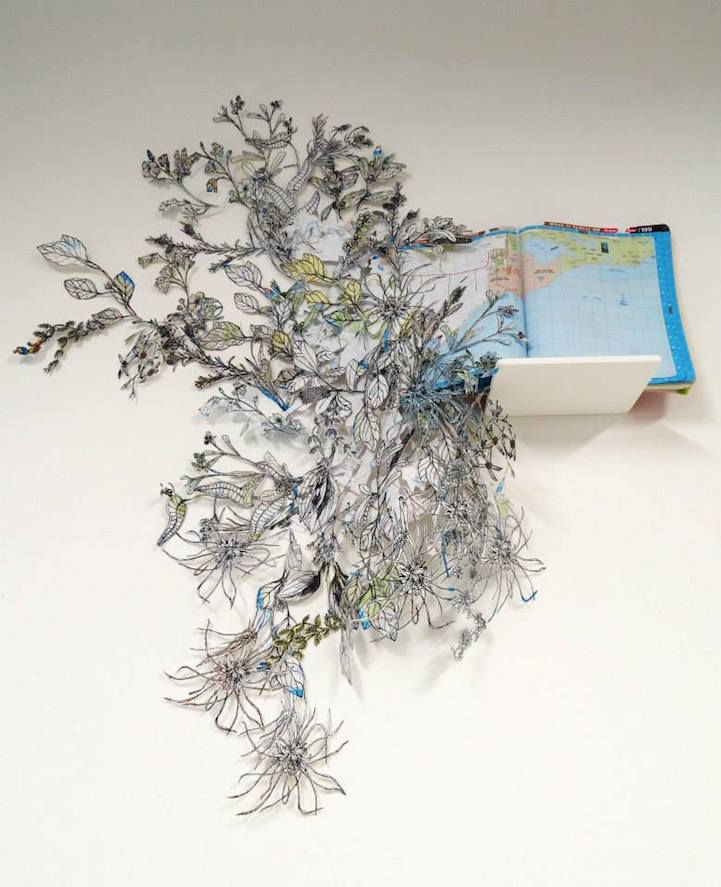 Jordy E — December 12, 2014 — Art & Design
References: facebook & mymodernmet
Australian artist Jessie L. Pittard has found an alternative use for maps. Instead of keeping road guides bound to the interiors of car doors, Pittard has merged them with a collection of indigenous plants native to Melbourne.

Pittard's breathtaking assortment of flora pop in and out of grids displaying street names and intersections. By extending the charts beyond the confines of the books, she is speaking to the way in which nature interacts with boulevards, lanes and highways, each one surrounded by both flora and fauna.

For those interested in learning more about the origins of the indigenous plants selected by Pittard, she has also produced an accompanying handmade book that provides details on the shrubs. Those who follow her work will thus gain a lesson in Australian vegetation.
2.1
Score
Popularity
Activity
Freshness