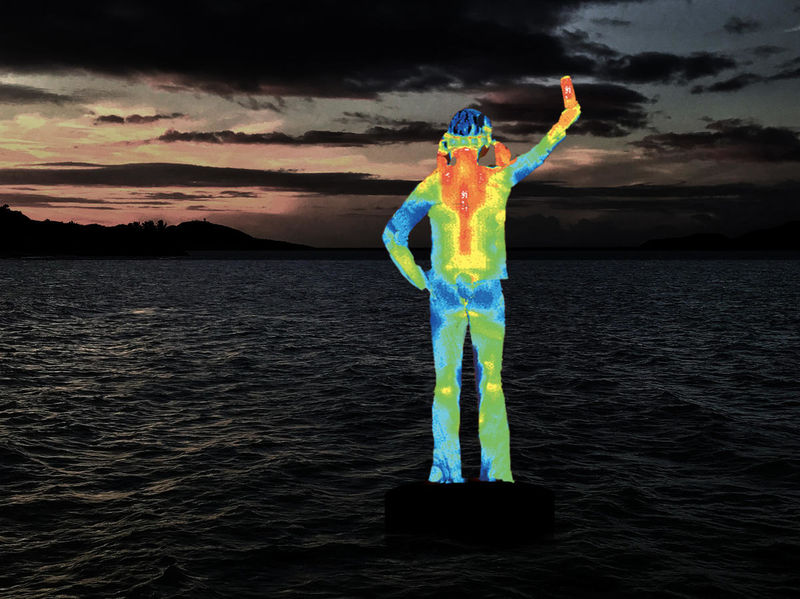 Kalina Nedelcheva — January 31, 2020 — Eco
References: underwatersculpture & coastalliving
Jason deCaires Taylor is an artist who has been made famous by his striking underwater museums. His most recent work—titled 'Ocean Siren'—was unveiled in December within Australia's Great Barrier Reef.

As one might expect, the sculpture deals with climate change and it seeks to inform and bring awareness to the consequences. Like much of his work, Jason deCaires Taylor made 'Ocean Siren' water-based. The piece is also solar-powered. It presents the image of a "young indigenous girl issuing a warning about rising sea temperatures." What is absolutely striking about the artwork is that it is dynamic. That is, it is created to convey scientific data in a "raw, visceral, and emotive way." Jason deCaires Taylor makes this the case by installing sensors that will detect live sea temperatures and will cause 'Ocean Siren' to change color in response.