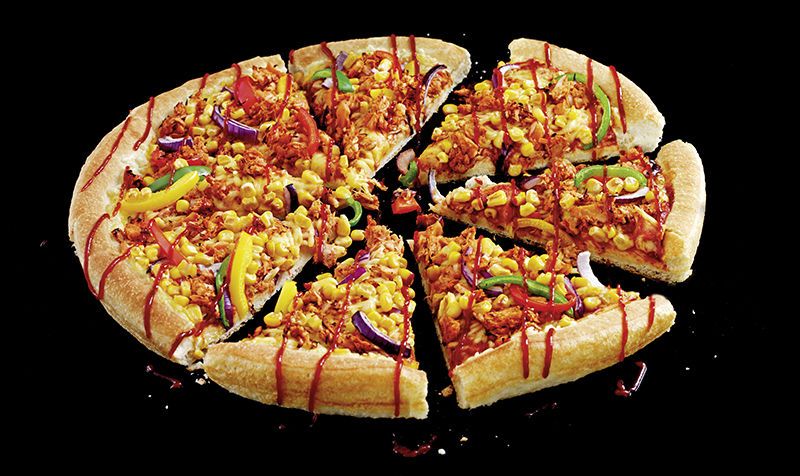 Laura McQuarrie — January 2, 2019 — Lifestyle
References: pizzahut & livekindly.co
Share on Facebook Share on Twitter Share on LinkedIn Share on Pinterest
In the last year, a high number of consumers in the UK have committed to adopting or exploring plant-based diets and with the start of a new year, many more will likely be trying out the lifestyle in honor of "Veganuary"—as such, Pizza Hut UK launched a loaded jackfruit pizza.

On January first, Pizza Hut introduced its newest Vegan Pizza with BBQ Jackfruit as one way for consumers to "cheat on meat." The pizza is topped with barbecue jackfruit, sweetcorn, red onions, peppers, tomato sauce, a cheese alternative and a barbecue sauce.

One of the other new vegan-friendly menu options now available at Pizza Hut is the Vegan Jack 'N' Ch**se Pizza, as well as the classic Vegan Margherita and Veggie, all of which are branded for consumers who are "vegan, veggie, pescatarian, flexitarian, anything-else-atarian."
3.2
Score
Popularity
Activity
Freshness
Get Trend Hunter Dashboard