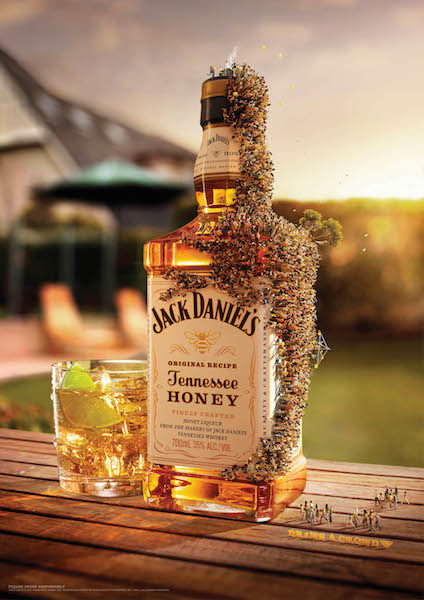 The print ad is set in a backyard and at a first glance, it just looks like the golden bottle is coated in bees, which makes total sense, since the whiskey is honey-flavored. However, upon closer inspection, you'll see that the colony is not made up of bees, but miniature people swarming the Jack Daniel's whiskey bottle. As well as visually making ties to bees, honey and beehives, the ad by Sydney's Arnold Furnace agency also cleverly references Jack Daniel's ability to "Draw a crowd," as subtly noted in the print ad's tag.
6
Score
Popularity
Activity
Freshness
Attend Future Festival