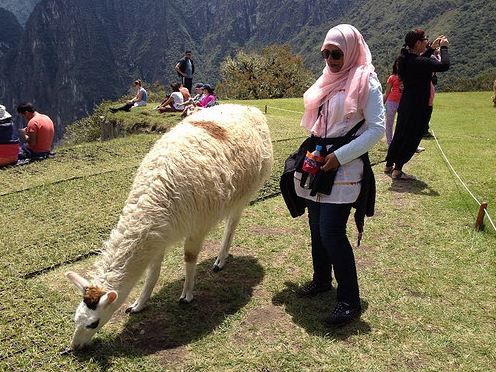 Joey Haar — January 24, 2017 — World
References: islamictravels
Share on Facebook Share on Twitter Share on LinkedIn Share on Pinterest
Islamic Travels is a halal tour company that offers many different trips to popular destinations around the world. The company's 'Inca Trail to Machu Picchu Peru' tour has proven to be one of its most popular, with a trip that highlights both the budding Muslim population in Peru as a whole and the historic Incan archaeology for which the country has become a tourist hot spot.

Islamic Travels' Peruvian tour begins on the coast, in the city of Lima. With one of the ten largest metropolitan populations in the world, the former colonial capital is now home to a burgeoning Muslim community. On top of seeing the city's general landmarks, Islamic Tours takes its guests to some of the mosques in the city.

After Lima, the tour moves on to explore the plentiful Incan landmarks in the surrounding towns, ultimately finishing off with a hike to the famous Machu Micchu ruins.
2.1
Score
Popularity
Activity
Freshness
Attend Future Festival