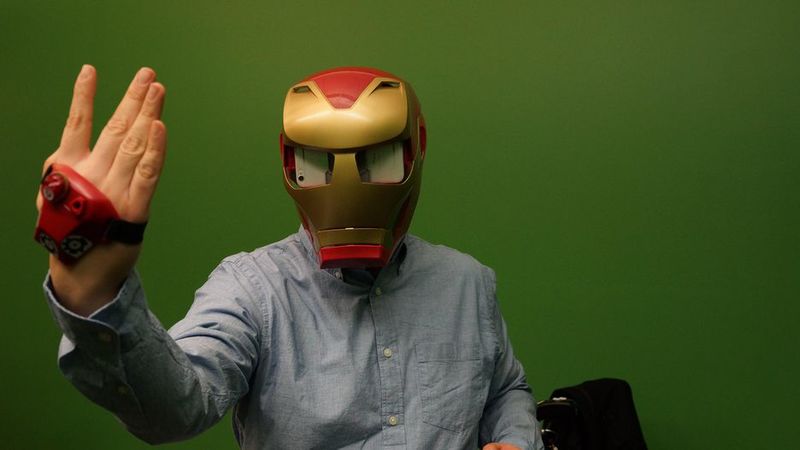 Justin Lam — February 13, 2018 — Tech
References: cnet & engadget
Hasbro's new Hero Vision Iron Man AR helmet gives wearers the chance to live out their Iron Man fantasies. The mask uses a smartphone mount to display a custom HUD meant to mimic the one seen in the Marvel films. The display projected on the screen is an action based game, partially based on the upcoming Infinity War movie and was developed with input from marvel Studios. In the game, players are tasked with fighting the villain Thanos by using gauntlet peripherals that come with the helmet.

The AR display is only one half of the game, as the true magic is unlocked when the helmet is paired with the Iron Man gauntlets. The gauntlet features red markings that allow the app to track hand movements and synchronizes them with the AR display. The Hero Vision Iron Man AR helmet currently accommodates various models of smartphones, but Hasbro has noted that larger phones may not fit in the mount.

$360,000 Superhero Suits
This Incredibly Realistic Iron Man Suit Was Made by 'The Toys Asia'