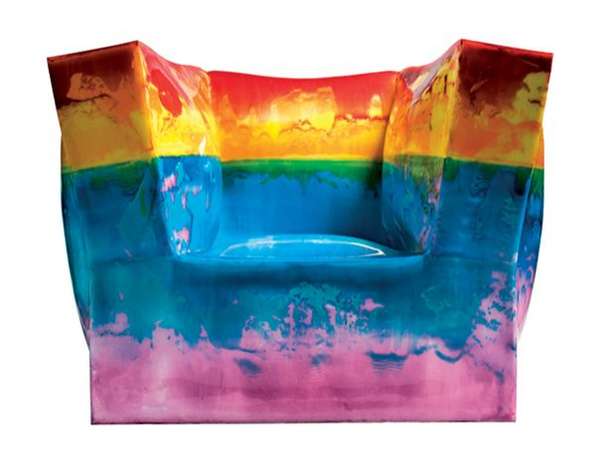 Exhibited at the Triennale Design Museum in Milan, during the 2012 Milan Design Week, the Iperbolica armchairs pay homage to all the artists and designers that influenced the creator Alessandro Ciffo. In fact, the comfy-trippy chairs recall artistic characteristics and trademark techniques of Michelangelo, Victor Vasarely, Joan Mirò and more.

As explained by Ciffo, the Iperbolica armchair collection is a natural evolution of his 2008 'Saccomatto' project developed for Italian design brand Dilmos. However, the wooden inner structure, as seen in 'Saccomatto,' was completely eliminated in this project and the colorful 100% silicone armchairs' shape was given by air instead. The silicone used to create the Iperbolica armchairs is the same as used for the sealing of windows. Once the final shape of an Iperbolica chair is obtained, the painting and finishing starts, and the creative possibilities are hyperbolic.
5
Score
Popularity
Activity
Freshness
View Innovation Webinars