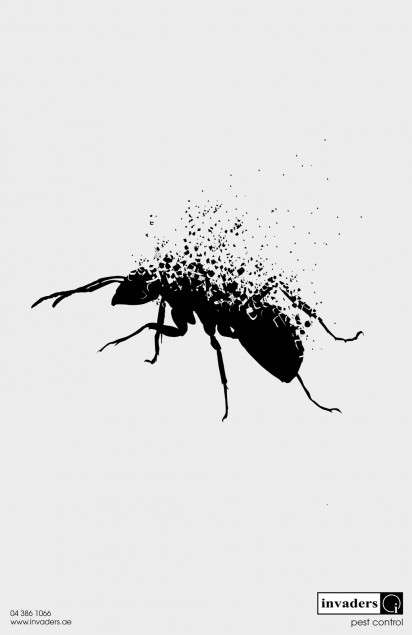 The Invaders Pest Control Campaign is Modern and Minimalist

Meghan Young — March 6, 2012 — Marketing
References: batespangulf & ibelieveinadv
Share on Facebook Share on Twitter Share on LinkedIn Share on Pinterest
The Invaders Pest Control campaign is a set of minimalist posters that show just how effective this bug fighting company is. Centered around three different insect silhouettes (ant, mosquito and cockroach), the ad campaign depicts the process of disintegration. Each bug is breaking up into oblivion.

Conceived and executed by Bates PanGulf, an ad agency based in the United Arab Emirates, the Invaders Pest Control campaign simple and to the point. Just like Invaders Pest Control, it gets the job done. The black illustrations set against a grey backdrop complements the company's logo as well, creating a seamless ad from beginning to end.