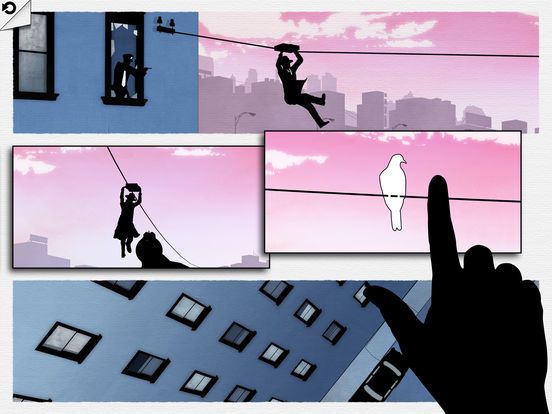 Laura McQuarrie — June 15, 2017 — Tech
References: framed-game & itunes.apple
Share on Facebook Share on Twitter Share on LinkedIn Share on Pinterest
'FRAMED' is the name of an interactive comic book-style game that boasts an interesting premise. While most comic books, even the interactive ones, are usually laid out in such a way that tells a story in a fairly linear format, FRAMED gives players the chance to re-order the individual panels to change the way the story unfolds.

As well as boasting captivating visual scenes, animations and a dynamic narrative, the innovative, award-winning comic-inspired puzzle game is set to a jazz soundtrack that sets a gritty atmosphere for the noir game.

The independent game developer of FRAMED, Australia's Loveshack, have also followed up with the release of FRAMED 2, which introduces a continuation of the series.
2.4
Score
Popularity
Activity
Freshness
Jeremy Gutsche Keynote Speaker