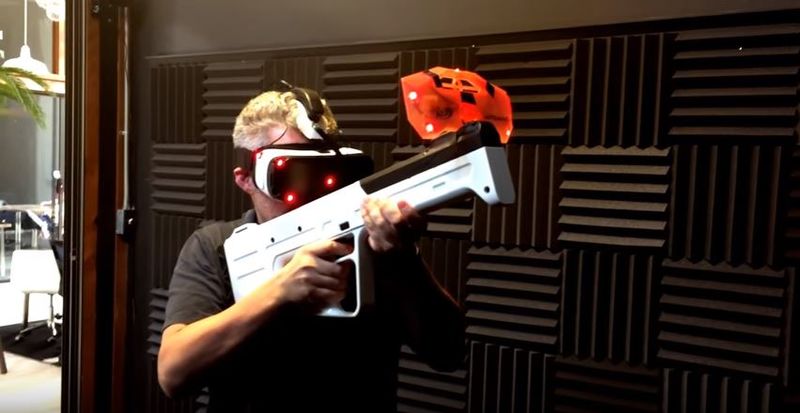 The 'Infinity V1' Can Simulate Weapons in Virtual Reality

Joey Haar — August 9, 2016 — Tech
References: strikervr & theverge
Share on Facebook Share on Twitter Share on LinkedIn Share on Pinterest
VR is all about creating as immersive an experience as possible, and the 'Infinity V1' from Striker VR is a device for doing just that. The working prototype is a connected VR peripheral that can accurately mimic the workings of several different types of weapons.

The Infinity V1 uses what Striker VR calls haptic technology, responding to minute movements to accurately simulate single round, burst and automatic weaponry. The concept was first invented for military use, both with respect to training and PTSD exercises, but Striker VR now hopes to take the Infinity V1 onto the commercial market.

Since first-person shooter (FPS) video games are a huge industry, the Infinity V1 is as adaptable as possible. Beyond simulating real-life guns, the VR peripheral can also be programmed to ape fictional weapons like a rail gun, giving even fantasy FPS players the opportunity to feel like they're really in the game's world.
5.5
Score
Popularity
Activity
Freshness
Get Better and Faster