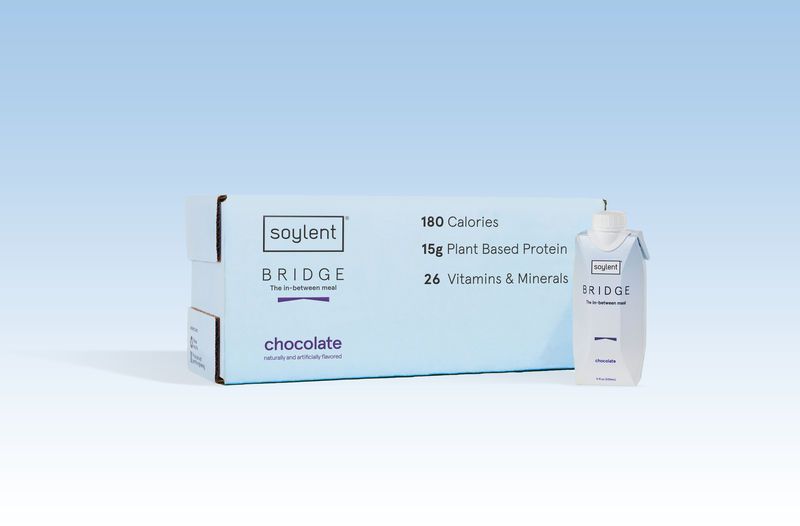 As defined by Soylent, an in-between meal is "It’s what you reach for when you’re facing a snack trap (that space between meals brimming with empty calories, tasteless foods, and unfulfilling snacks)." With just 180 calories, Soylent Bridge shares 15 grams of plant-based protein and a satisfying chocolate flavor that serves as a better-for-you alternative to junk food that still tastes indulgent.

In comparison to other products from Soylent, the nut-free and vegan-friendly Soylent Bridge drink has fewer calories, is loaded with 36 essential nutrients and requires fewer resources to produce, as it does not rely on animal-derived protein.
3.5
Score
Popularity
Activity
Freshness
Get the 2021 Trend Report FREE