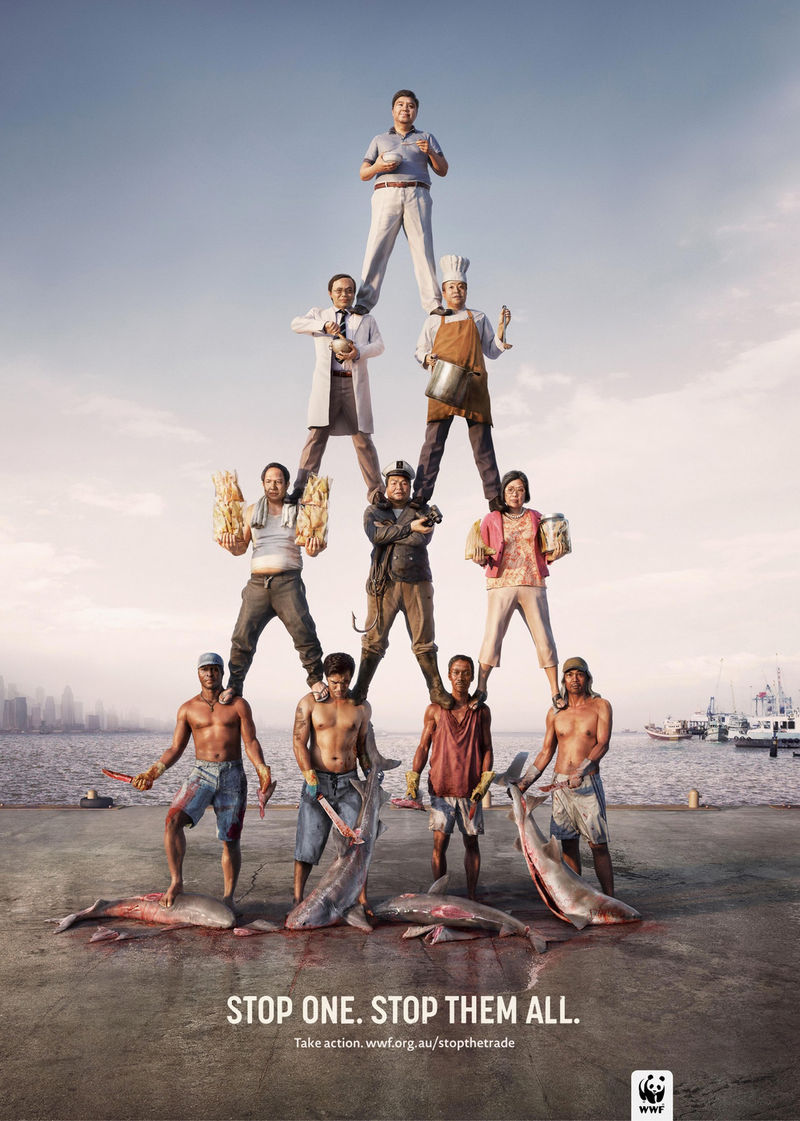 Laura McQuarrie — June 23, 2014 — Marketing
References: support.wwf.org.au & adeevee
These illegal animal trade advertisements for WWF cleverly show that when one piece of the pyramid is removed, it begins to collapse. The ads focus on wildlife like sharks and tigers, illustrating the chain that occurs from the hunting and killing of these animals to processes like manufacturing, selling and finally, the sales of goods to consumers.

The tagline on the print advertisements read: "Stop one. Stop them all," and even though it seems like the uppermost part of the chain could be removed without consequence, this is a clever way to show that even that helps to lessen the demand for animal products, which in turn, lessens sales and the need for sharks and tigers to be killed altogether. The ads were created for WWF's STOP Illegal Wildlife campaign by the Leo Burnett agency in Sydney.
5.7
Score
Popularity
Activity
Freshness