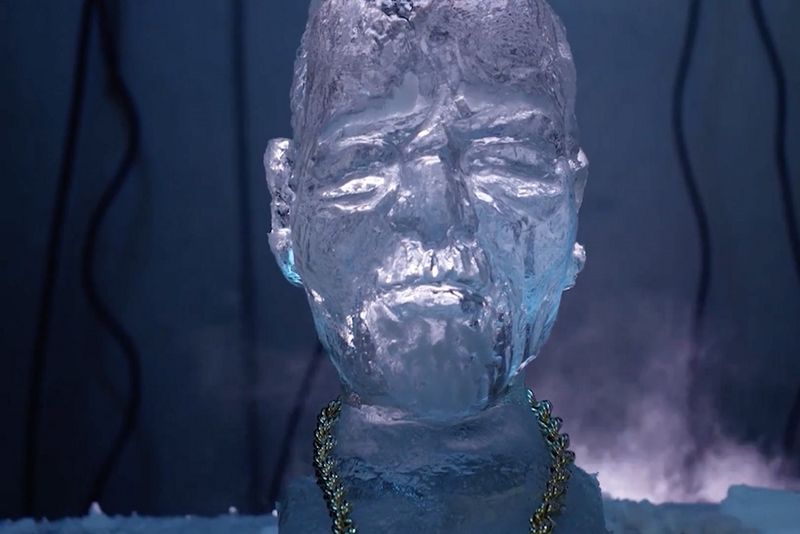 This creative marketing stunt captured the attention of social media fans everywhere leaving people equal parts entertained and confused. Viewers were invited to watch as the detailed ice sculpture of Ice-T melted away in the sun. Complete with a chain around its neck and a microphone in hand, viewers were tasked with watching the stream until the microphone held in Ice-T's icy grip, fell to the ground.

The first 100 people to comment on the stream after the microphone dropped would receive a limited edition Ice-T t-shirt, which changes color when frozen.

The bizarre but humorous stunt managed to capture the attention of millions of viewers, creating a memorable and engaging way for the fast food chain to interact with its fans.
4.1
Score
Popularity
Activity
Freshness