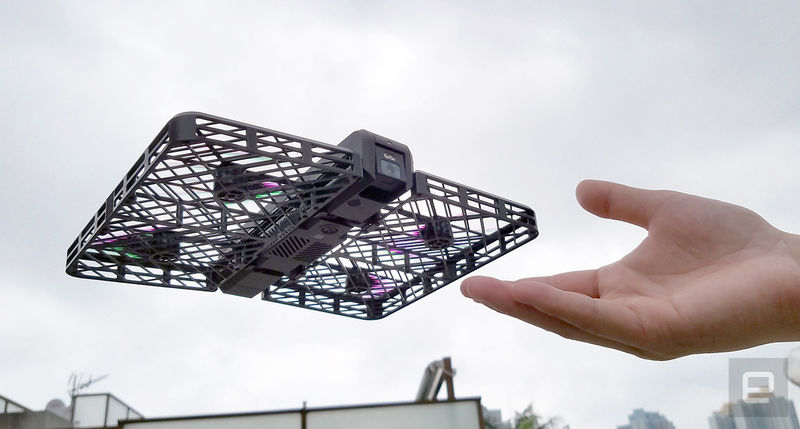 The Hover Camera Shoots 4K Video From a Compact Body

What's great about the Hover Camera is the fact that weighs only 238 grams, which means it doesn't hit the limit of mandatory hobbyist drone registration with the Federal Aviation Authority. It's also rather small -- when its propeller wings are folded, it's about as small as a video cassette.

The image quality is undeniably great, with the main front camera taking 13-megapixel still images as well as beautiful 4K video, all of which can be captured in conjunction with a dual-tone flash.

With its compact form factor and exceptionally high quality photographic abilities, the Hover Camera is one drone camera that you can't afford to miss out on.

Viral Whale Videos
This Heartwarming Video Was Made With Drone Footage