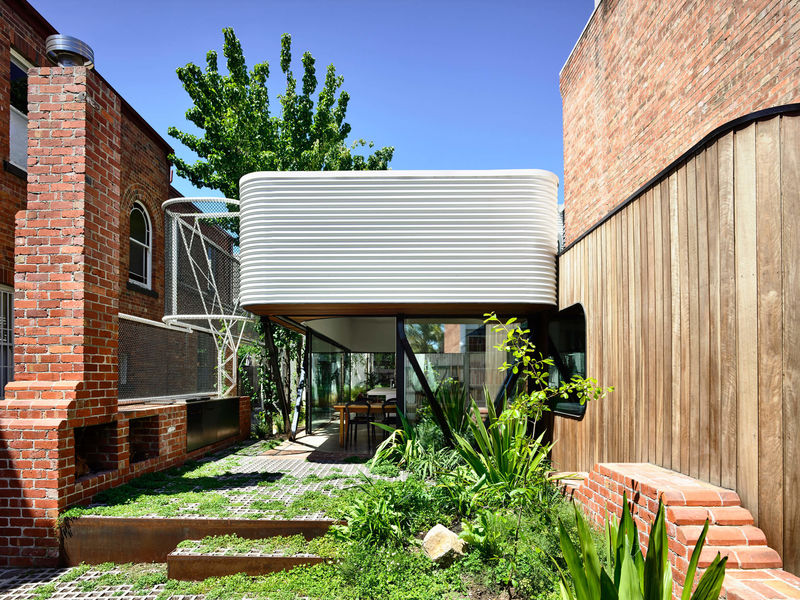 Kalina Nedelcheva — June 6, 2018 — Art & Design
References: maynardarchitects & dezeen
Share on Facebook Share on Twitter Share on LinkedIn Share on Pinterest
The house expansion in the Fitzroy suburb in Melbourne, Australia underwent three stages of construction. Firstly, Austin Maynard Architects overhauled a dilapidated horse stable. Secondly, the practice built a new structure that curves back and creates a strong contrast between the traditional bricklayers with its modernity-oriented exterior. Finally, Austin Maynard Architects incorporated a "pocket park" as per request of the owners. The client "sought to give something back to the suburb they love through a rich and generous garden."

The house expansion in Melbourne is an example of how people strive to build a community by way of their private homes, as well as how the preservation of traditional aspects is not only important to the aesthetic of the structures but also to their internal character.