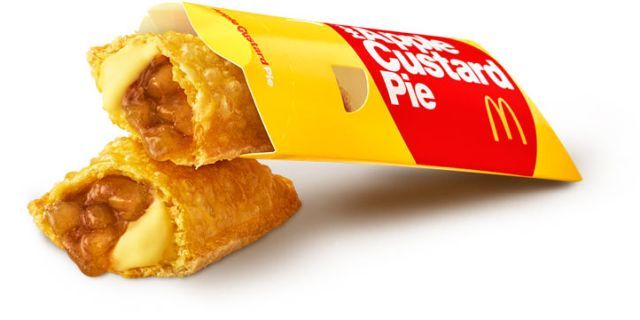 Just as the name suggests, the new Hot Custard Apple Pie from McDonald's Japan, is a decadent take on the chain's beloved fried apple pies. The new version consists of a flakey, turnover-style pastry, stuffed with hot custard on one side and a sweet cinnamon apple pie filling on the other side. Because the pastry is fried, the whole thing features a delicious crispy crust that delivers a satisfying crunch.

While McDonald's customers in Japan can pick up fried apple pies anytime, the new Hot Custard Apple Pie is only available until April.