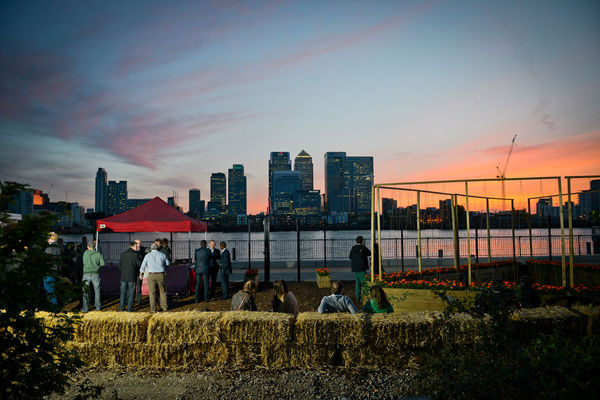 Laura McQuarrie — June 11, 2014 — Marketing
References: facebook & meantimebrewing
Share on Facebook Share on Twitter Share on LinkedIn Share on Pinterest
It's been over a century since London had a permanent hop farm, but Meantime Brewing has just recently made a change to this statistic. The brewery turned an old construction site into a thriving urban hop-growing space, designed by landscape gardener Kate Lonergan. The hop farm is situated in a prime spot on the bank of the River Thames, directly on the Greenwich Meridian Line. With her team, Lonergan planted 48 hop roots in a dozen hand-crafted wood planters, alongside colorful flowers and hay bale seating. Additionally, wooden planters will be transformed by street artist Xenz into beer-inspired artworks.

Come September, the hops will be harvested and used to create a beer at the Meantime Brewery in Greenwich, truly showing off the flavor of the area.
2.9
Score
Popularity
Activity
Freshness
Get Better and Faster