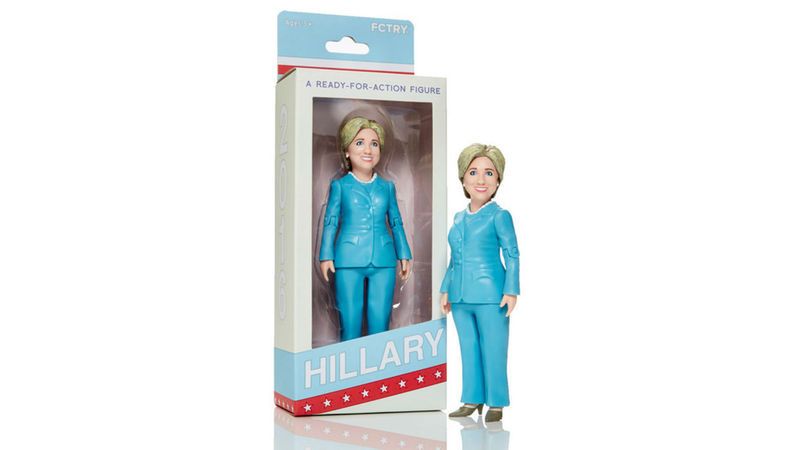 Vasiliki Marapas — March 11, 2015 — World
References: kickstarter & mashable
Share on Facebook Share on Twitter Share on LinkedIn Share on Pinterest
As America waits with bated breath for Hillary Clinton to announce her 2016 presidential bid (fingers crossed!), Brooklyn-based product design studio FCTRY got busy launching a Kickstarter campaign for a Hillary Clinton action figure. You might have heard of the company, or at least be familiar with some of its earlier products: it's the same studio that designed Obama's action figure in 2008.

According to the Kickstarter page, the alternative action figure is intended to "kick off some lighthearted excitement about [Clinton's] campaign and the amazingly cool prospect of America getting its first woman president." FCTRY's Jason Feinberg also notes that the figurine, which was designed by Mike Leavitt, is created to be a more positive role model for girls in comparison to the controversial Hillary Clinton nutcracker sold by Urban Outfitters.

For each person who contributes to the Kickstarter, the campaign will send a postcard with the words "Run, Hillary, Run," to Clinton's office.
4.9
Score
Popularity
Activity
Freshness
Jeremy Gutsche Keynote Speaker