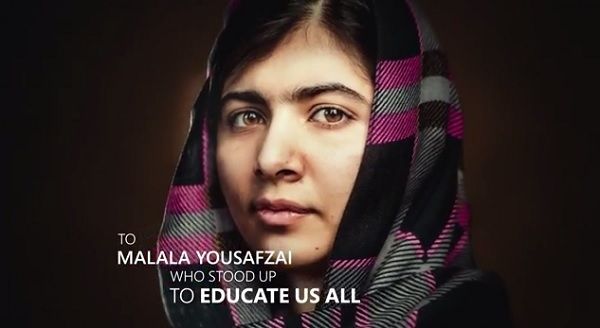 Laura McQuarrie — January 9, 2014 — Marketing
References: bing & designtaxi
Share on Facebook Share on Twitter Share on LinkedIn Share on Pinterest
The ‘Celebrating the Heroic Women of 2013’ Microsoft ad takes a different approach to year-end review videos, by honoring notable and inspiring women of all ages, like Malala Yousafzai, the late Margaret Thatcher and Adrianne Haslet-Davis, a dancer and survivor of the Boston Marathon bombing who lost a foot but not her incredible spirit as she vowed that she would dance again.

Instead of following in the footsteps of Google’s 2013 Zeitgeist video that recapped the most popular search terms, trending events, people and topics, this heartwarming Microsoft ad takes a subtle approach to making note of some of the most heroic women of 2013 who were presumably also highly searched for on its own search engine, Bing.
3.9
Score
Popularity
Activity
Freshness
Get Trend Hunter Dashboard

Windows 8: The Developer Story of the Trend Hunter App is Accessible at the Windows Store