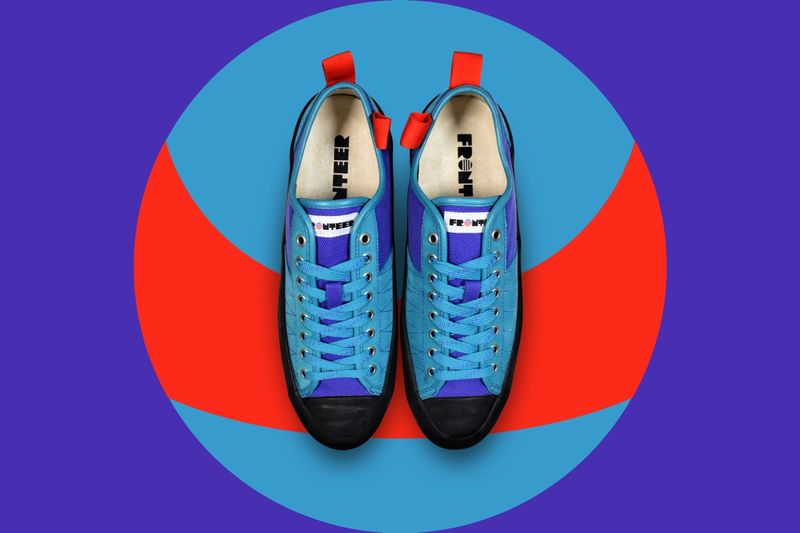 Riley von Niessen — October 11, 2016 — Fashion
References: fronteer.us & hypebeast
FRONTEER, a relatively new label that was started by Jon Tang, released a collection of hat-paired sneakers that allow consumers to flawlessly pair their accessories with their footwear.

All of the designs make use of primary colors in simplistic patterns -- with each of the shades given its own block of material. The sneakers, which are available in two variations, come in blue, purple and red, while the other comes in blue, red and yellow -- with the blue used on the latter being much darker.

In terms of colorway and pattern alike, the hats correspond. Considering that hat-paired sneakers aren't often promoted as such, it's likely that FRONTEER's effort in doing so will show higher sales given that consumers will be more inclined to buy both.
2.4
Score
Popularity
Activity
Freshness