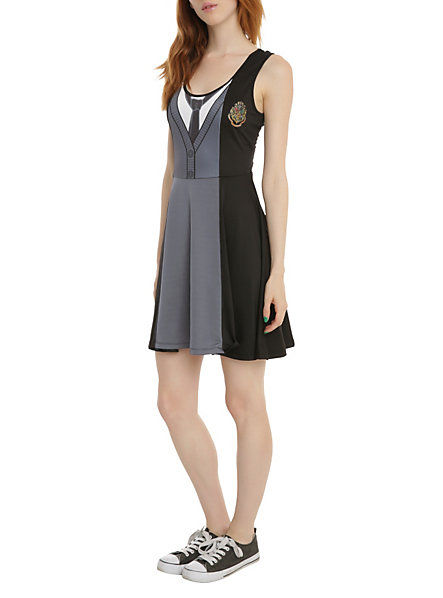 Tana Makmanee — October 13, 2014 — Fashion
References: hottopic & fashionablygeek
Share on Facebook Share on Twitter Share on LinkedIn Share on Pinterest
While the last segment of the Harry Potter movie franchise may have ended a while ago, the love for the saga still lives on, and the Harry Potter Uniform Dress is a great way for fans to integrate elements of the film into their everyday wardrobe.

While most movie memorabilia, particularly apparel pieces, are often bold and over-the-top, the Harry Potter Uniform Dress offers a more subtle take and pays tribute to the film using distinct logos and patterned references. While maybe a little too risque for the wizards at Hogarts themselves, this adorable dress is a fun and casual way for fans of the film to showcase their admiration in a more casual manner.