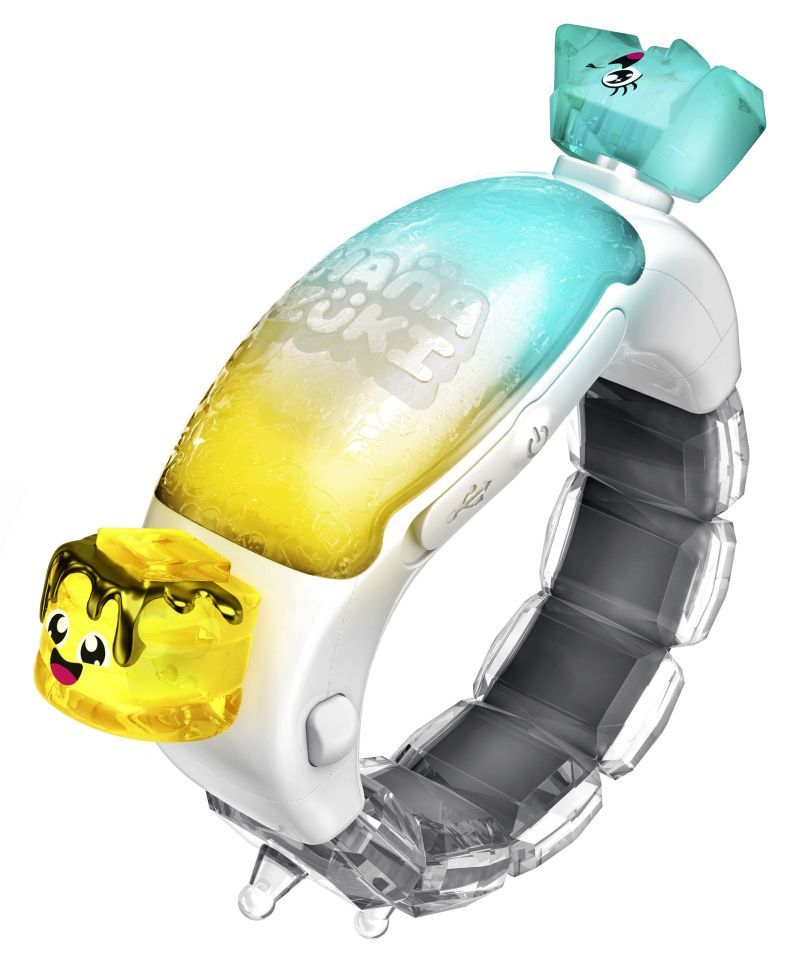 For the upcoming fall season, Hasbro will be introducing a series of toys to help kids immerse themselves in the series and explore a healthy range of emotions. The HANAZUKI MOODGLEAM Wearable Band is designed to help kids identify their current mood by attaching "Treasures" to the app-connected band, which will cause the band to light up with corresponding colors. Another wearable in the new toy set is the HANAZUKI MOODBLOSSOM Band, which serves as a portable way to store up to six Treasures at once.