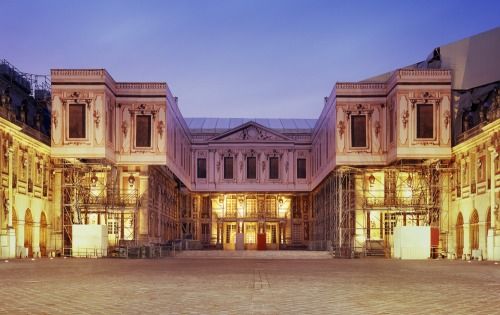 'Facade' by Han Sungpil Changes the Exterior of Famous Monuments

Erin Fox — February 21, 2015 — Art & Design
References: hansungpil & khooll
'Facade' by Han Sungpil uses artificially enhanced photographs to cover historical landmarks. When landmarks such as palaces and cathedrals begin to fall apart, there is a need to recreate the landmark's image for tourists. His artwork creatively amalgamates art, history and tourism.

Instead of viewing steel scalpels climbing alongside the edges of beautifully crafted buildings, Han Sungpil covers them with draping pictures of what once existed. The artist even goes as far as to put his own spin on the image. On some buildings he distorts the facade, while others he paints in a meaningful mundane way.

The artist is renowned for his work, as it expands throughout tourist destinations worldwide. Facade by Han Sungpil can be seen in Rome, Berlin and Paris to name a few.
1.9
Score
Popularity
Activity
Freshness