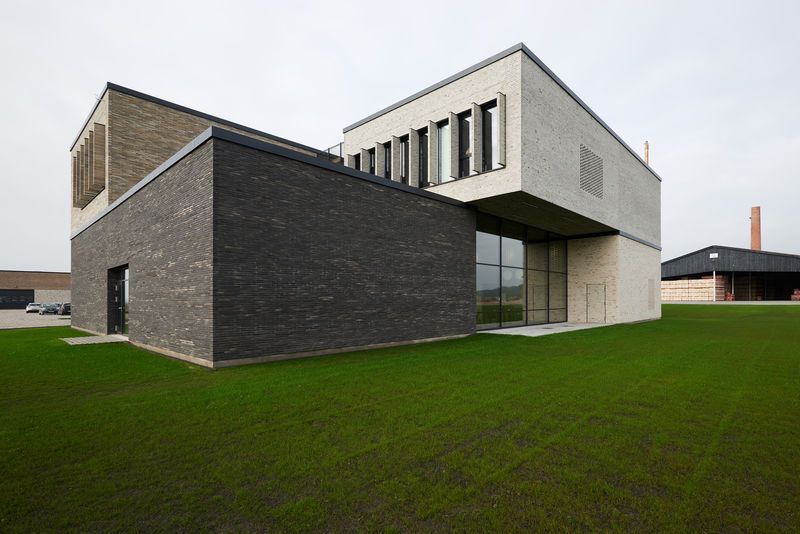 The Hammershoj Brick Factory is Inspired by Brick Design

Joey Haar — May 25, 2018 — Art & Design
References: archdaily
Share on Facebook Share on Twitter Share on LinkedIn Share on Pinterest
The Hammershoj Brick Factory makes bricks in more ways than one. Not only does the factory, which belongs to Danish industrial company Randers Tegl, literally produce bricks that are then sold around the world, but Cubo Arkitekter, the studio responsible for the building's design, used a recursive design principle in which the largest volumes of the administrative facility and factory look like massive bricks themselves.

Brick is a surprisingly versatile and variant material. Most people think of red brick, but Randers Tegl produces dozens of different styles and colors of brick. Cubo Arkitekter did a good job of designing the Hammershoj Brick Factory with as many of these different materials as possible, each of which makes up a floor or volume of the total facility.