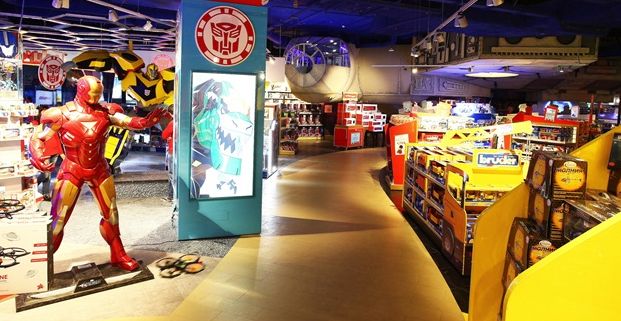 Described as an "interactive world," this retail space is meant to provide families with entertainment and discovery. The store design features nine different worlds to explore, including LEGO World, Magic Kingdom, Motor City, Imagination, Enchanted Forest, Metropolis, Park, Safari and Space. Inside these spaces kids will find full-scale replicas of the Star Wars' Millennium Falcon, castles and LEGO rockets made with 1.9 million toy bricks. As well as selling entertaining things to take home, the store is a source of amusement in itself.

Since Toys R Us is set to close or downsize its gigantic Times Square location, this could very well mean that this Russian Hamleys store will take on the title of the largest toy store in the world.