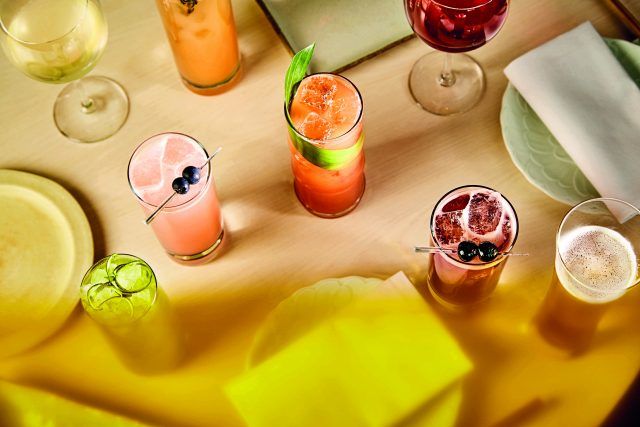 The Hakkasan Group is Revamping It's Non-Alcoholic Drinks List

Justin Lam — April 3, 2018 — Lifestyle
References: thespiritsbusiness & thedrinksbusiness
Share on Facebook Share on Twitter Share on LinkedIn Share on Pinterest
The Hakkasan Group of restaurants is cashing in on the alcohol-free craze with a new list of drinks that include wood-infused water, salted juices and a new Mai-Shin category. The new list of menu additions was devised by the group's head of wine, Christine Parkinson, in an effort to acknowledge the lack of premium non-alcoholic options available in the group's restaurants. The list of new Hakkasan Group menu additions include 29 drinks, each of which were crafted Parkinson, with head of bar Eder Neto and the group's chef, researcher and developer James Morgan.

Of the new additions, three drinks stand out among the rest. The Mai-Shinn is a rice and tea infusion that is quite similar to an alcohol-free sake. The varieties of Mai-Shinn on the list include the Sukkkiri and Mattari. Also featured on the list is a range of drinking vinegars, which combine fruit based vinegar with sparkling water and fruit flavorings. The final set of drinks are a selection of tree waters. These unique beverages include the Ogam Bottled Wood, a wood-infused water from France, and Akashi Tai ‘cider,’ which is imported exclusively from Japan.
4.8
Score
Popularity
Activity
Freshness
Attend Future Festival Virtual